Not been well this week, so reposting an oldie… this trip is what I have wanted to do , all week! 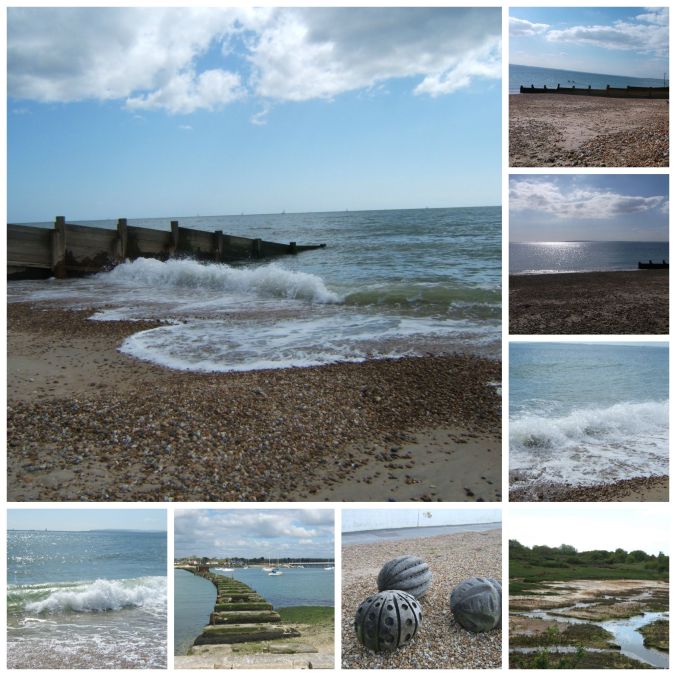 I woke up yesterday morning feeling rebellious, which is never a good sign for I never know what will happen next.
The weather promised a good day, brilliant blue cloudless skies and strong sunshine. I could feel an indescribable pull to do something out of the ordinary, something un-sensible and irrational. It was altogether far too good to spend the day chained to a computer.

I knew I should have been firmer in my resolve, more dedicated to my workload. But I kept looking out of the window and knew I had to escape, as my mind already had.
Where to go, that was the question. Our local lake/pond is beautiful and always worth a visit, but my mind was full of images of the sea, the smell of salt water strong in my nostrils. I had to find someone to take me, someone with a car, as I don’t drive anymore.

It seemed that before I could blink, Anita and her son Stephen had joined the party and we were off.
The nearest coast to us is Hayling Island, some twenty miles away, and we arrived in next to no time. More escapees had beaten us to it, for the world and his wife were already there, but the island is big enough with plenty of room for everybody.

I had wanted to go somewhere I hadn’t been before, somewhere new and strange. Somewhere an adventure might be lurking. But I had been out voted. Hardly an adventure, I thought, more a side step in reality, but hopefully the vast expanse of sparkling ocean would compensate.

And in a way it did.

I wandered away from my companions and crunched down the shingle beach to the water’s edge. The soothing sound of the waves breaking on the glistening stones, foam hissing gently as it sank out of sight.

I walked between the ancient wooden breakers, at peace in my own little world, far away it seemed from deadlines and commitments. A kind of freedom after all. My feet strayed into the water a few times and I smiled, hardly the adventure I sought that morning.

I realised something important in that moment. We don’t find adventure, it finds us, usually when you are ill prepared to cope with it, adding a sense of urgency and danger to lure you on.
What I did find later on that day, was a cardboard tray of hot and golden crispy chips, sprinkled with melting cheese, eaten with what could pass for joy while sitting on a pile of shingle, looking out to sea…

19 thoughts on “Ditch the Editing…”