BOOKS FROM DUSK TILL DAWN 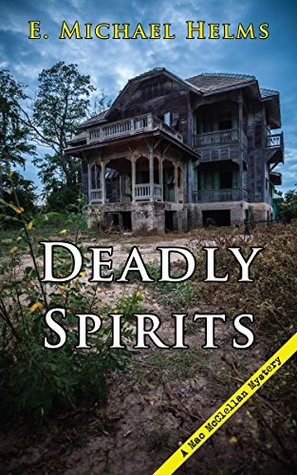 When PI Mac McClellan’s girlfriend convinces him to join the Palmetto Paranormal Society, he becomes embroiled in a case of whooodunnit. The society president, while investigating an old hotel, is found dead at the foot of the stairwell, his neck broken. The man’s secretary and current squeeze stands horrified beside his body. Authorities rule the death an accident. Mac has doubts—no one heard the man tumbling down the stairs. Then the secretary dies in an apparent suicide. Two deaths in two paranormal investigations, and not a peep out of either victim. Mac suspects there’s more going on than a vengeful spirit. Book 4 in the Mac McClellan Mystery series, which began with Deadly Catch.

HERE ARE MY THOUGHTS AND REVIEW

Although this is book 4 in the series there was no problem at all reading it as a stand alone as the story is complete. The characters had…