Today’s team review is from Cathy, she blogs here http://betweenthelinesbookblog.com

Cathy has been reading Ryan Kaine: On The Rocks by Kerry J Donovan 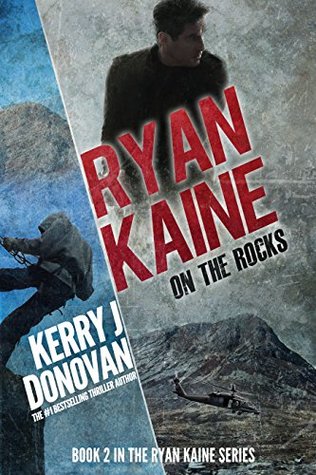 Following on from book one – Ryan Kaine: On the Run – Ryan is making a mad dash up to Scotland to help in the search for sixteen year old Martin Princeton, whose brother was a passenger on the doomed civilian aircraft. The events that transpired in the first book continue to take a heavy toll on Ryan, the guilt he feels is overwhelming at times which is why he’s determined to do all he can to see Martin safe and back with his parents. Martin has gone missing during a school camping trip in the Scottish Highlands and is in a desperate life and death situation.

Hunted by the police and with his picture in the press, Ryan does as much as he can to…